Hubs’ aunt had been sick for a while and had been staying at the hospital for the past 3-4 months. She was such a fighter through her sickness! It definitely seemed like she was on a roller-coaster – doing really well one week, not good at all the next, really well again, another crash, etc. Sadly, last Saturday (11/1), we found out that Hubs’ aunt had passed on. Hubs was very close to her – and considers his cousin (aunt’s son) his big brother. It was obviously very sad to hear of her passing, but we took comfort in knowing she was no longer in pain and she is with our God in Heaven. We know she is pain free and full of joy now, dancing above us!

We (Hubs, myself, Peanut, and Hubs’ parents and younger sister rode together) headed to Manassas, VA (about a 5.5 hour trip) that next Monday morning, met with family for dinner at Cracker Barrel (where Grandmommy [Hubs’ grandma] bought Peanut his first toy truck), and then headed to our hotel to get some rest. The next morning we met for breakfast at Cracker Barrel, did some shopping to pass some time, and then headed to the Manassas Battlefield / Battle of Bull Run.

It was such a BEAUTIFUL day outside. It was perfect for loading Peanut into the stroller and just walking around. It was such a cool place to visit too. It’s crazy to think of the history that happened there. To know that the grounds have been kept untouched (besides mowing the grass, of course). To know that the Stone House,  a canon ball lodged into the siding of the Stone House, the canons, the artillery wagons, etc. are still there – where they were many years ago. This might be weird – but the grounds were so beautiful. 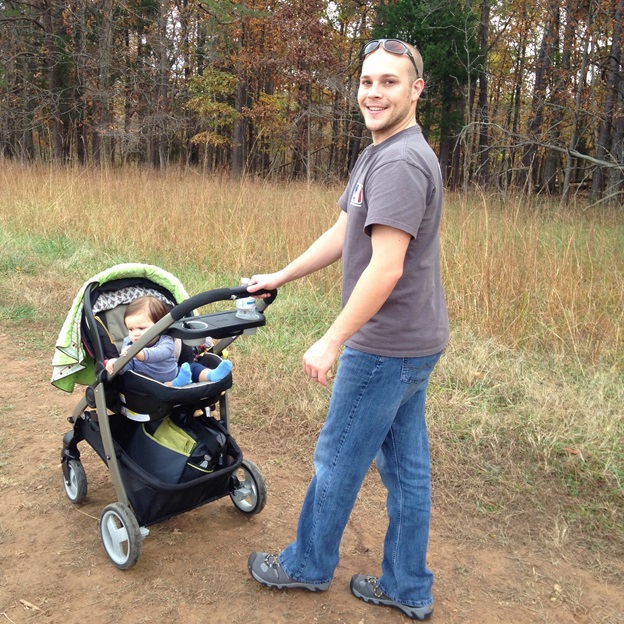 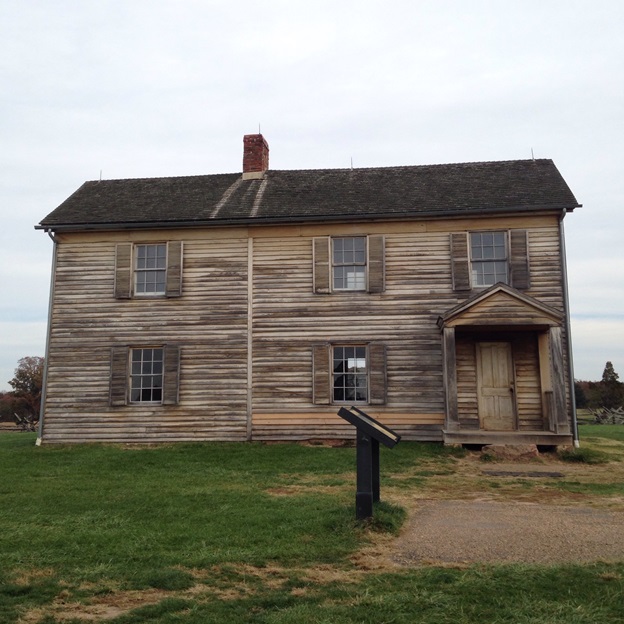 The picture above was a home that belonged to a woman who owned the farm and who was very sick, so much so that she refused to leave her home. The sharp shooters used her windows as a vantage point.

The below pictures are of the Stone House (obviously) that served as the hospital. 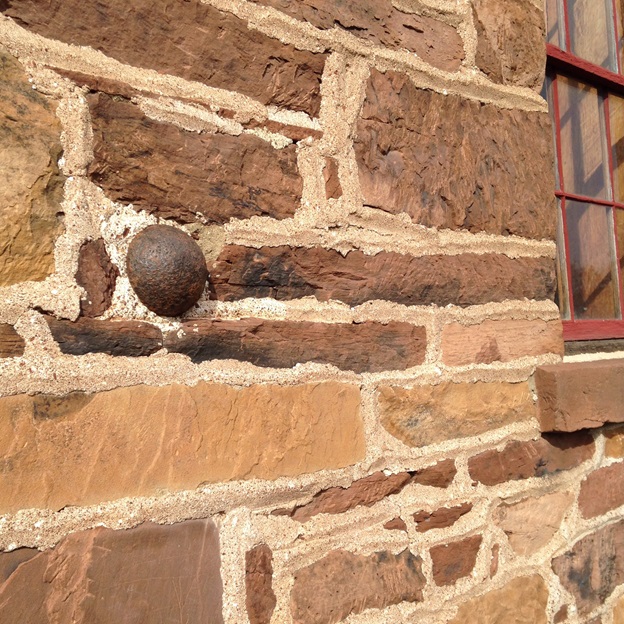 There was also a little look out point we took a rest and a small museum we walked through, but I didn’t get good pictures of those.

Peanut thought everything was very interesting and conked out at the end. :] 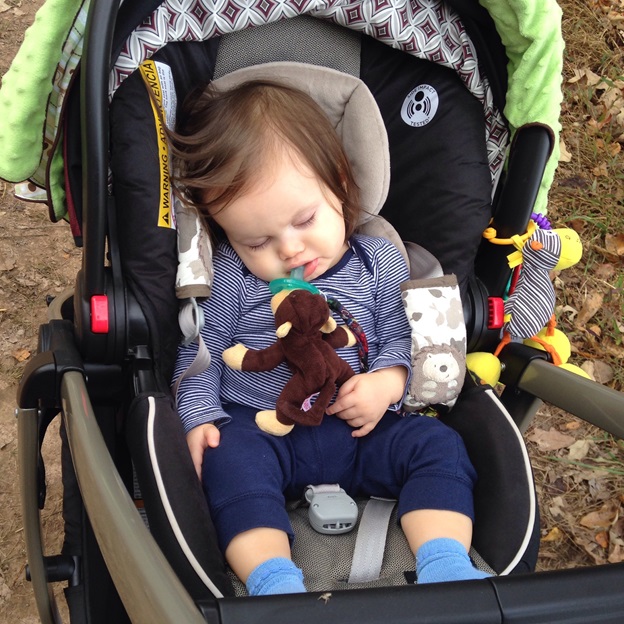 When we were done there (and my SIL and her family got into town), we all went to dinner at TGIF and then headed back to our hotels.

Wednesday morning we got up bright and early, got ready for Hubs’ aunt’s service, loaded the cars back up, checked out of the hotel, and headed to Cracker Barrel for breakfast. (Yes, I’m tired of Cracker Barrel. I actually had Froot Loops for breakfast that day – ha! They were very gourmet.) After breakfast, we all headed to the funeral service. To be honest with you, it’s the first funeral service I’ve ever attended. It was beautiful. It was a beautiful day outside, the service was very touching, and as soon as it was all over, the songbirds above us started to sing – just like Aunt C would have loved. (Gosh! That gave me goosebumps all over again just thinking about it.)
R.I.P. Aunt C. We love you. ❤