WOW. I can’t believe my little guy is three months old already. Where has the time gone?!

Looking back at older pictures of him I can definitely see how much he’s grown. He’s definitely out of that newborn stage (I think I read that they’re only considered “newborn” until three months, so he’s right on time!). He’s so active and it’s fun to see how he’s developing and learning new things. He’s constantly talking and coo-ing and he’s recently picked up random squealing – which is adorable. He’s discovered his hands and it’s funny to watch him try to stick his whole fist in his mouth. I’m trying to really soak him in at this age. =]

He doesn’t seem to like tummy time too much. When he does get his head up, he can leave it there for 15+ minutes. But when he’s not in the mood, he’s not in the mood. He’s really great at holding his head up though (like when you’re holding him and stuff). The doctor has commented many times about how strong he is. He’s so observant too! All babies have their fussy days, but he really does love to just sit in his swing and take in the world around him. More often than not when I look over at him (in his swing, play pen, whatever) he’s just quiet and looking around. He is SO good when we go out too. I think he just likes the movement of the stroller. Actually, he likes any movement at all. He LOVES his swing, he loves car rides (they always put him to sleep), he loves his stroller, and he just loves to be held and rocked/bounced. Luckily enough for us, he also does really well laying flat in his playpen. 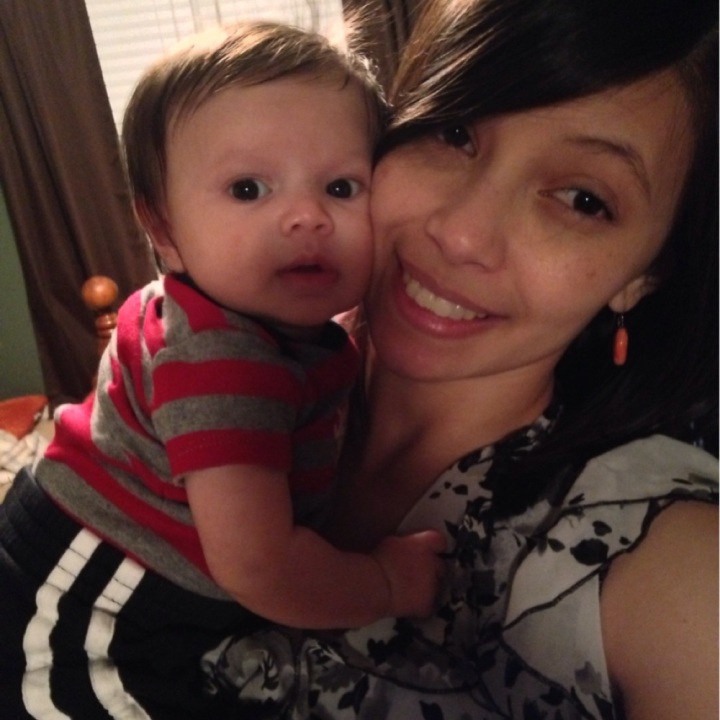 He’s started grabbing and holding on to things too. He grabs my hair and holds onto my shirt and I love it! 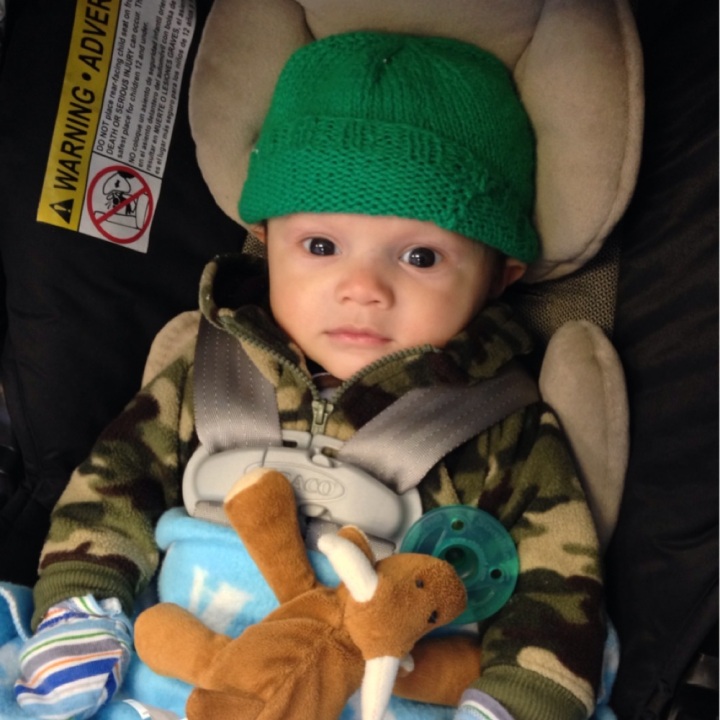 Three other things to know about Peanut at three months:

1. He is liking baths more and more. He actually didn’t fuss AT ALL during his last bath.
2. He LOVES to chew on his tongue. He’s been playing with his tongue since the day he was born!
3. He is CONSTANTLY moving. Even in his sleep!

I really can’t believe this three months has gone so fast.

One thought on “Peanut at Three Months”